I’ve been busy (understatement of the year).  I’ve been working on multiple projects (many of which will be highlighted here in the near future) and as the quarter is winding down, I figured I’d share some shorter ones I’ve worked on. This one is for a matrix class (essentially, the class focuses on the application of matrix theory- glorified linear algebra, if you will).  The goal of this project was to construct a 3D object (an airplane) and perform various transforms on it.  For all of the transformations that follow, green is the original aircraft while blue is the transformed version.

In order to perform matrix manipulations, three functions were created called rotate_3D, translate_3D, and dilate_3D.  These functions, along with the script used to generate all of the following plots, can be found at the end of this document. 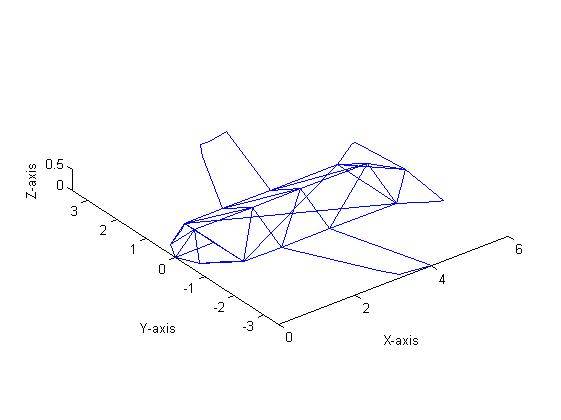 First, the aircraft shown in Figure 1 was dilated by 1.5.  This was done by pre-multiplying the aircraft’s matrix (which can be a 3 x n sized matrix) by

This resulted in Figure 2 (note that for all ensuing graphs, the blue aircraft is the transformation while the green is the original, unmodified, aircraft (as shown in Figure 1). 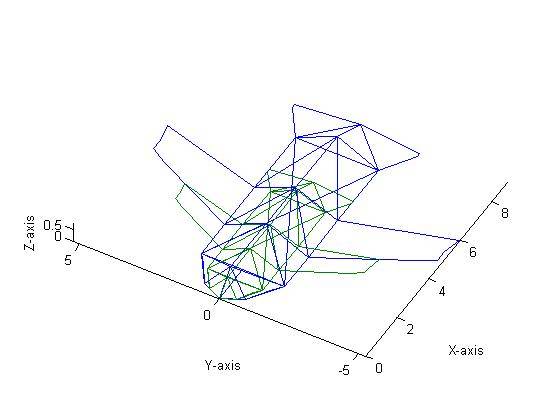 Next, the aircraft was reflected about the Y axis as shown in Figure 3.  This was done by pre-multiplying the aircraft’s matrix by 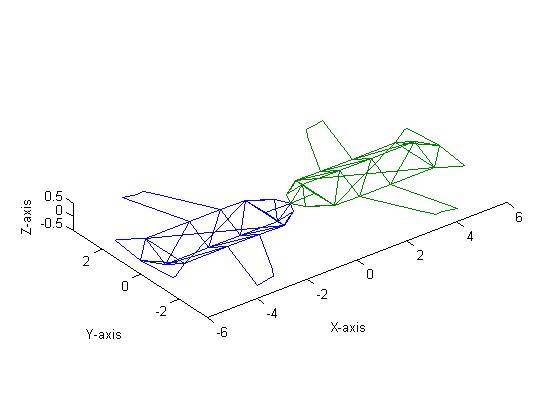 The aircraft then was rotated about the X axis by 60˚ (Figure 4).  In order to perform a rotation in three-dimensional space, the following three matrices can be used: 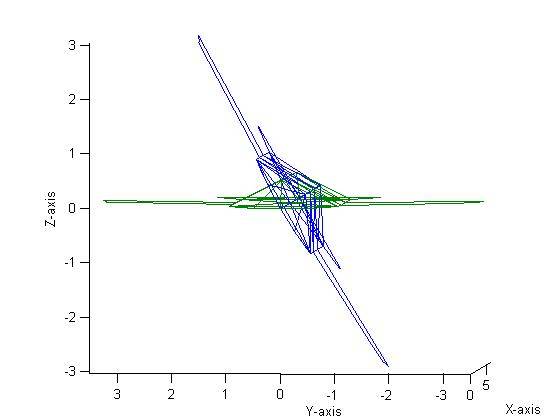 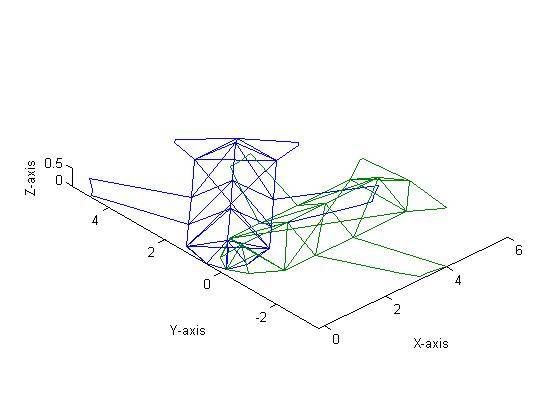 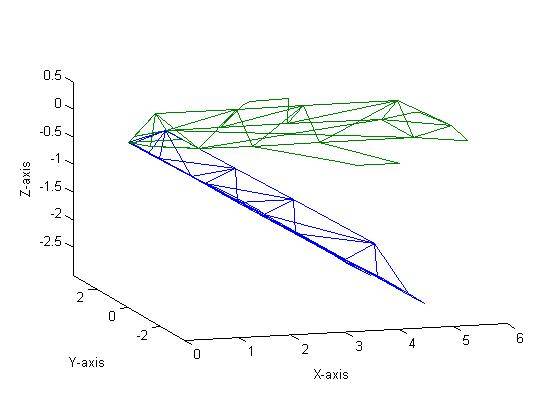 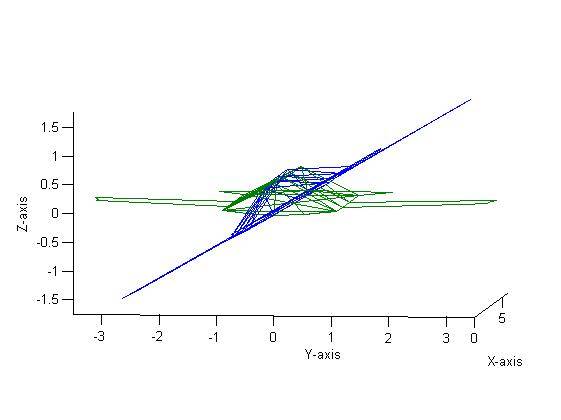 Figure 8 shows a translation by 10 units in the X direction, 10 units in the Y direction and 0 units in the Z direction followed by a rotation about the X-axis by 30˚ and finally a dilation of 2.  The order was then changed to a rotation, translation and then dilation (all with the same parameters) which resulted in Figure 9.  As one can see, the figures are clearly different.  Mathematically, this makes sense and can be proven experimentally quite easily.  Say we have a matrix

If we were to translate by 10 units in the X and Y direction and then rotate with a roll of 30˚ followed by a dilation of two, we would need to pre-multiply in the following order: DilationRotationTranslation*A.  Thus, we can first multiply our Dilation and Rotation matrices:

We must now perform a row and column concatenation to our matrix A before pre-multiplying by M.  We concatenate a row vector of [1 1 1 1] which represents the row’s scale value.

Thus it is easy to see mathematically that the order of multiplications does, in fact, have an effect on the final matrix.  This verifies the findings shown in Figures 8 and 9. 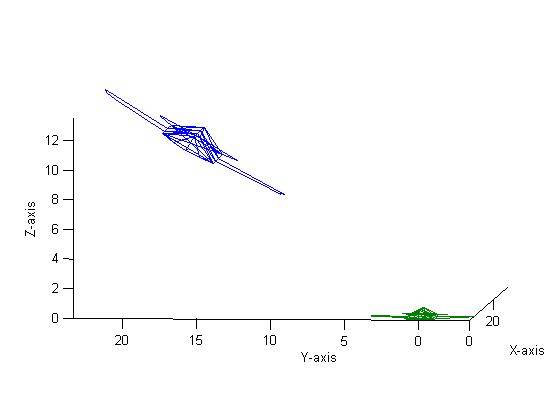 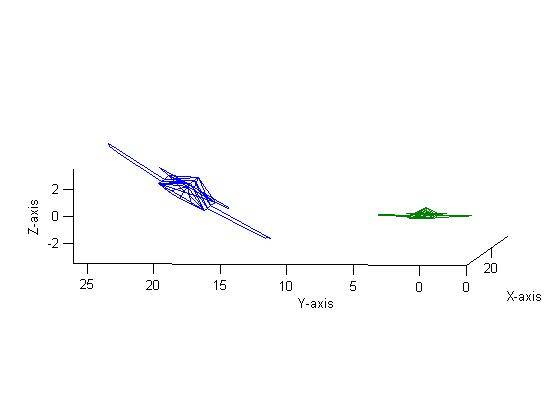 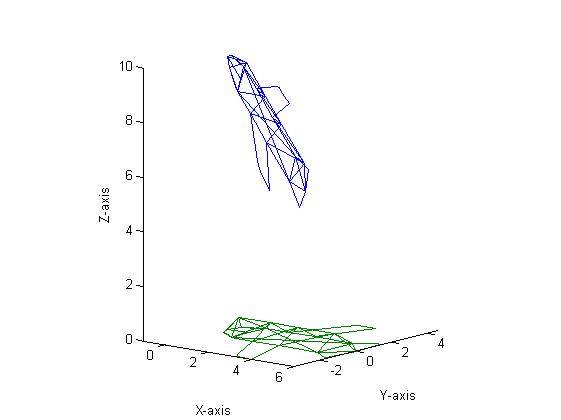